This isn’t our first rodeo living in the national capital region. During Clay’s almost 14 years in the Army, we’ve moved 7 times. And when we moved back to the area last summer, we checked off another square in the game of military bingo – we returned to a duty station.

We were stationed at Fort Belvoir from 2012 – 2015 (a few months shy of three years) and throughly enjoyed our time in northern Virginia. Violet was born here, we spent our free time traveling up and down the east coast, and took advantage of all the sightseeing the area has to offer. That being said – we very much like moving to new places and we have no desire to spend a significant amount of time of Clay’s career stationed at one place. It’s not always easy leaving an established existence for a foreign one but with each goodbye, we’ve felt like we’re better for the experience. So while we’re back in the DC area, it’s not the same as last time. But as the Greek philosopher, Heraclitus, so eloquently put “No man ever steps in the same river twice, for it’s not the same river and he’s not the same man.”

You have mentioned quite a bit that you hope to maximize your time with the military and live in as many different places as possible – so why did you go back to DC? We were San Antonio, Texas prior to this assignment. And Fort Leavenworth, Kansas before that. I’ve written about how I didn’t exactly bloom in Texas and neither one of us loved  our time in Texas. We made the best of it but it certainly wasn’t our favorite duty station. So when Clay applied and was selected for a position that involved a last-minute move to Washington DC this past summer, we were thrilled to call the area home again – at least for a little while. 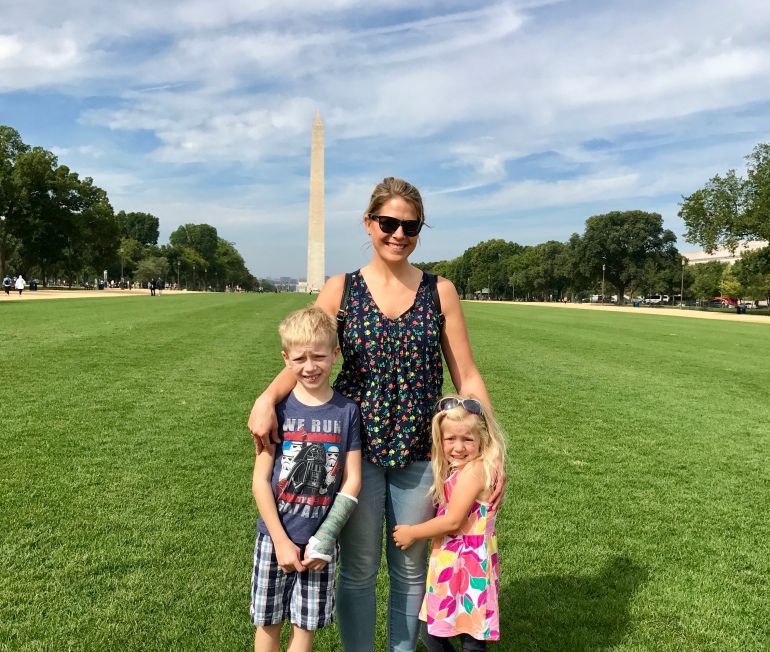 Do you live in the same neighborhood as last time? Same city? No to the first question, yes to the second. We absolutely loved our townhome community in northern Virginia last time we were here – so much so that we tried to live in the same community again. The rental gods weren’t in our favor but we ended up finding a great single family home down the road that is zoned for the same elementary school. We’re in the same township and have the same zip code as last time so in many respects, it feels like we came back home. We did look into living in Arlington, Crystal City, and Pentagon City for something different, but we loved living in West Springfield last time and couldn’t resist doing the same this time around.

Does Violet attend the same preschool Weston did when we lived here last time? Yes! Due to the last minute nature of the assignment, I knew securing a Pre-K spot for Violet would be an issue. The hour after receiving word that we would indeed be moving, I contacted the preschool Weston attended during our previous stint here and pleaded my case. And that is how Violet ended up enrolled in the same preschool as Weston attended despite not having official orders yet or having any idea of where we would actually live.

Are most of your friends from last time still around? No. Even though there is a lot of familiarity living in the same area again, driving the same roads, and also shopping at the same stores – it is also quite different. A lot of my previous friends have moved away and the ones who haven’t, I don’t see as often as I’d like because we’re not longer true neighbors and our busy lives get in the way. But on the other hand, I’ve made new friends to chat with as our children play on the playground after school. And one of my dearest friends in the whole wide world from our Fort Drum days 12+ years ago is stationed here and only lives two miles away! Our children have become fast friends and we get together all the time.

Are you trying to stay there as long as possible? Despite loving it here, we will not try and get a follow-on assignment in DC once Clay is finished with this job. Our kids are young and in elementary school – now is the time to move around and explore as many different places as possible. We will likely try and stabilize when they reach high school but of course, only time will tell! 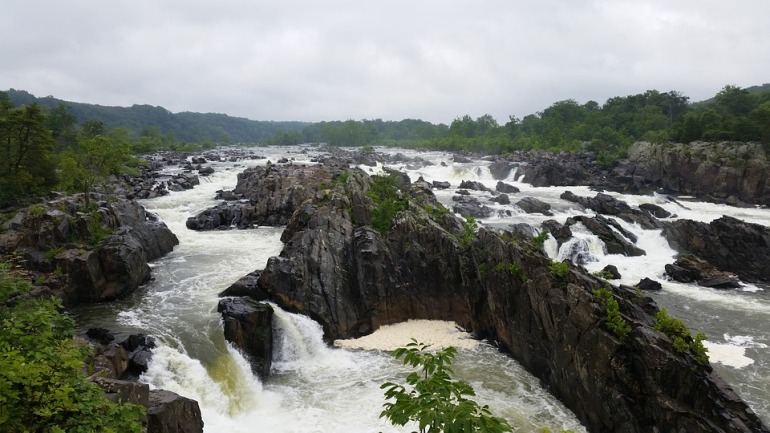 Why do you like living there so much? On top of the incredible history, there is just SO much to do. There is always something going on in the city and when we want to escape for a bit – we’re just a short drive away from one of our favorite hiking spots, Great Falls Park, and the rural farmlands in Loudon County and Prince William County. There is no shortage of breweries, wineries, fantastic restaurants, and everything else that accompanies a big city.

What don’t you like about the area? To be honest, we’re not huge fans of the pressures placed on students in our area. Yes – it is one of the ‘best’ school districts in the country but schools that boast high test scores and college acceptance rates aren’t necessarily producing adults that have a grasp on what is essential for true success in life (hint – it isn’t getting into a Top 10 university). In this area, I encounter so many people with outward signs of success. Happy people are harder to find.

I admit that is a little surreal to be stationed at the same place twice. As much as things are the same, they’re different too. We will be bidding the national capital region adieu next summer. Due to the nature of Clay’s career, it is likely we will return yet again in the future. Of all the places we’ve lived, this area has felt the most like home. But that may just be because we’ve lived here more than once. After all, as the famous Japanese poet, Matsuo Basho, wrote, “Everyday is a journey, and the journey itself is home.”

16 days after my injury, I’m back at it. 🎿
Despite a valiant effort, my injured leg just wouldn’t sit in my ski boot safely so I am cheering on my favorite people from the sidelines. #libertymountain #skiliberty #pennsylvania
The Smithsonian Institution Building (also known as The Castle) was completed in 1855 and now houses the administrative offices and visitors center for the Smithsonian Institution. We spent the day wandering around downtown and took a brief detour to the Mall before ending up at the zoo. How can you not love DC’s very own castle? #smithsonianmuseum #smithsoniancastle #dclove
We found out where the Army is sending us next. Yes - it is on a coast, but not one we were necessarily expecting... Link in bio. #militaryfamily #armylife
My leg injury has sidelined me from doing anything beyond my normal routine. Today was spend relaxing around the house, which is a rare way to spend a Saturday for us. I’m looking forward to being more myself next weekend and perhaps even hitting the slopes again. 😳 In the meantime, I’ve been thinking about the last time Clay and I were able to get away ourselves, which was just a quick overnight trip to St. Augustine last April. I’m hoping we’re able to get away for our belated 15th wedding anniversary but it doesn’t look like childcare will work out. C’est la vie, right? #lazysaturday #staugustinebeach
Thumbs up if you want to read about my ski-related injury. The link to my newest blog post in my profile. #linkinbio #skiadventures #ambulanceride
Today was filled with a lot of firsts. It was the kids’ first time skiing, it was my first time being transported to the hospital in an ambulance, and it was my first time getting stitches while awake. I managed to get a 15cm wide and 5cm deep laceration on my leg (down to the bone 😳) while helping Violet and losing my balance on flat ground. I lost a lot of blood and scared a bunch of kids on the bunny hill and my favorite running tights were sacrificed by ski patrol. However, I feel fine and I am incredibly thankful that I didn’t break my leg. I’ll be able to ski in a week or two and I will likely have a cool scar and a decent story to tell at bars. 😂 #epicpass
The kids’ first day of ski school! #epicpass
We’re heading back home after a few days at the beach with family. Ready to take on 2020. 💪🏻 #oceanislebeach