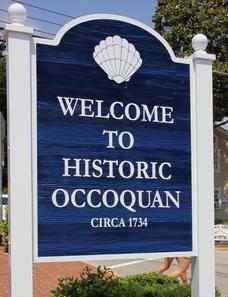 On Saturday morning we found ourselves wandering around Occoquan, Virginia thanks to a rained-out plans and a quick Google search that informed us that May 19th was Discover Occoquan Day. We put on our rain jackets and drove a handful of miles so we could discover the quaint little town ourselves. While I had been there once before – I had brunch at The Secret Garden Cafe – we had yet to visit Occoquan as a family. Clay flew back into town on Friday night from a far away land so we were thrilled have him home for the weekend and took full advantage of having the time to explore the area due to cancelled baseball games.

Located about a half-hour south of Washington DC, Occoquan was established in 1804 along the Occoquan River. The Dogue Indians settled in the Occoquan valley – naming the area Occoquan, which means ‘at the head of the water’. The infamous Captain John Smith explored the Occoquan River in the early 1600s and during the civil war, the post office passed along letters between the North and the South.

Currently the town is home to antique shops, restaurants, little boutiques that cater to artists, walking ghost tours, and Music on Mill – which is a free family-friendly concert series at River Mill Park. Throughout the town are remnants of the industrial settlement founded by colonists – grist mills and tobacco warehouses being the most prominent.

The Occoquan River is a tributary of the Potomac River and serves as part of the boundary between Fairfax County and Prince William County. Located at one end of historic Occoquan, River Mill Park has a walkway along the river and a foot bridge that is perfect for gazing at the mighty Potomac.

We walked around the town for awhile and popped into stores when they struck our fancy. We knew we wanted to eat lunch in Occoquan and settled quickly on Cock & Bowl – a Belgian cafe that instantly transports you as soon you step inside.

Clay had been wanting to try this place for awhile and when it comes to beer and waffles, you don’t have to twist my arm very hard. Located in a former house, Cock & Bowl is a small restaurant with an atmosphere that can only be described as cozy European chic (is that a thing?).

Our kids are fairly adventurous eaters so the fact that there wasn’t a kids menu didn’t slow us down. Because we wanted to try as much as the menu as possible, we decided to split a bunch of items as a family. We ordered French onion soups, a traditional Belgian waffle, a marinière bols de moules (a classic mussel bowl), and pommes frites.

Everything was quite tasty but we all agreed that the pommes frites may just be the best fries we’ve ever had. While I still want to go to Belgium sooner rather than later, it’s nice to know that I can get my pommes frites fix without having to fly across the pond. 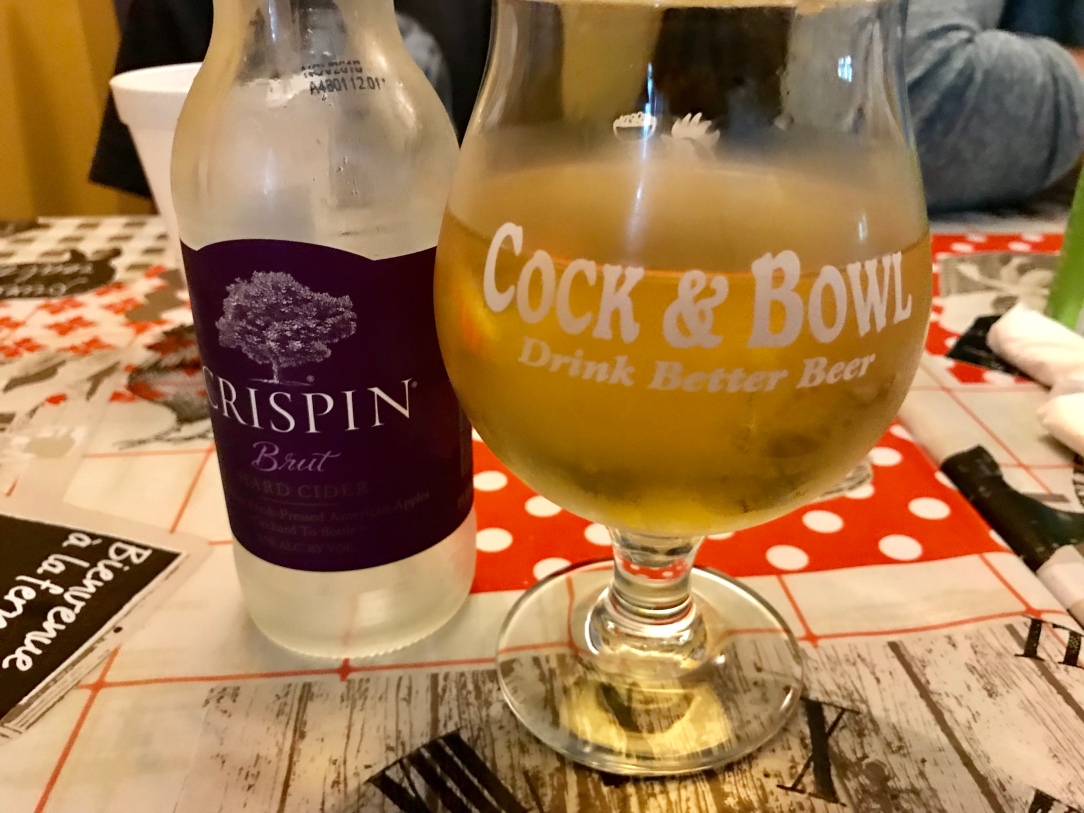 I actually didn’t opt for a Belgian beer this visit – the Crispin Brut Cider caught my eye because I love anything dry and often find cider too sweet for my palette so I wanted to try what an extra dry cider tastes like. Verdict? I really liked it and look forward to trying other extra dry ciders once the weather cools down in the fall.

After lunch, we walked down to Mom’s Apple Pie Bakery. This place is always recommended on Facebook groups and local foodie blogs as the place to go for pies. We opted for individual slices to go – I went with Sour Cherry and Clay chose Southern Pecan. The kids declared that they did not like pie (???) and opted for a sugar cookie instead. We also grabbed a couple of cannolis to eat later that day. I’m happy to report that I found Mom’s Apple Pie Bakery to live up to it’s reputation. The pie was really good. Like really good – one of the best cherry pies I’ve ever had (I’m allergic to pecans but Clay says that his pie was very tasty). And the cannolis? Oh.my.goodness. Amazing.

After Mom’s Apple Pie Bakery, we walked over to Grind N Crepe on Commerce Street. Clay and I had coffee while the kids played in the courtyard. We thoroughly enjoyed the coffee – we had the house blend – and after looking at their menu, I very much want to go back and try their crepes.

On our walk back to the car, we encountered the world’s friendliest cat. It was the perfect feather in the cap to our few hours in historic Occoquan. The rain didn’t stop us from experiencing a community rich in history, food, and drink – don’t let it stop you either.