When people would ask us about our travel plans for the summer, we were often met with quizzical expressions when we mentioned that we were flying into Manchester Airport as opposed to Heathrow Airport outside of London. But then when we described our plans to rent a car and drive down to the Cotswolds for a few days before heading over to London, our plan made a bit more sense to most. And in full disclosure, saving over $200 a ticket certainly played a role into our decision to not fly into London.

We arrived in Manchester around 8:30am. By the time we cleared immigration and received our rental car, it was late morning. We were able to check into our inn in the Cotswolds at 2pm that day and we were quite exhausted from our red-eye flight so we forewent any exploring around Manchester and chose to get right on the road. In hindsight, I wish we would have heeded the advice of my friend and squeezed in a visit to The John Rylands Library at University of Manchester but such is the perils of traveling – there is never enough time to see everything. 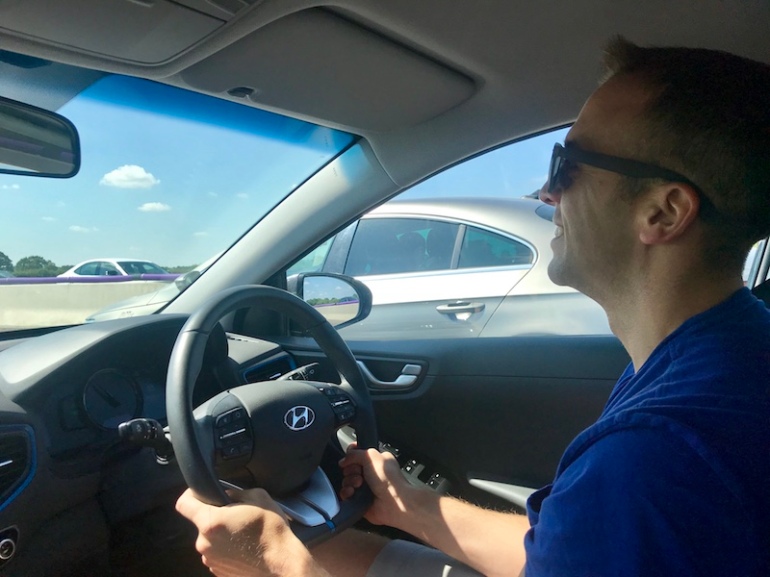 After a few hours and a few stops at various motorway service areas (a huge shoutout to Clay for driving on the other side of the car on the the other side of the road on three hours of sleep), we arrived at the little English village we’d be staying at for our three nights in The Cotswolds. 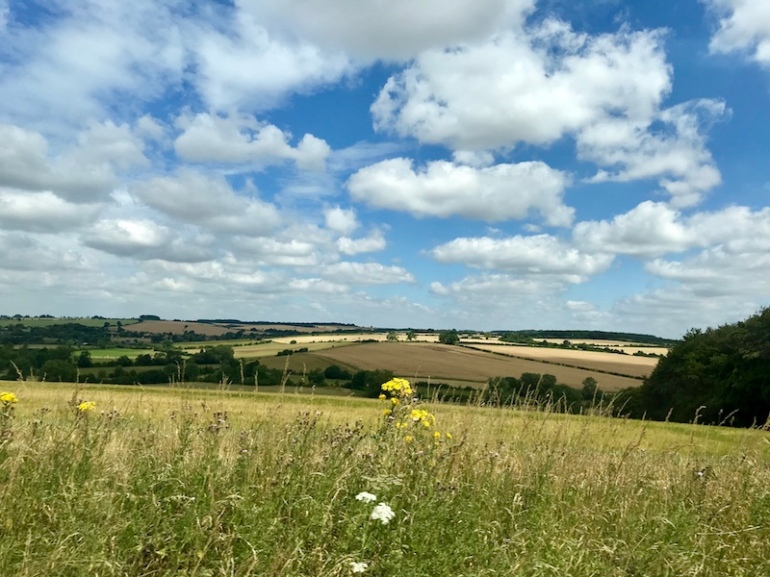 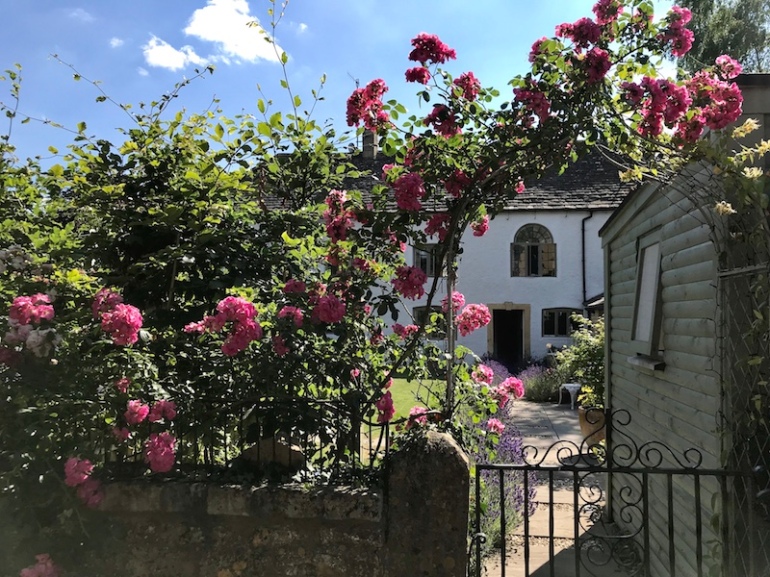 Bourton-on-the-Water is consistently voted one of the prettiest villages in England and filled with charming little inns, restaurants, and shops. The River Windrush winds through the village and during the warmer months, you can find children wading in the water. Beautiful bridges are sprinkled throughout the town and you can always find an outdoor table to sit at as you enjoy the view while sipping a drink. 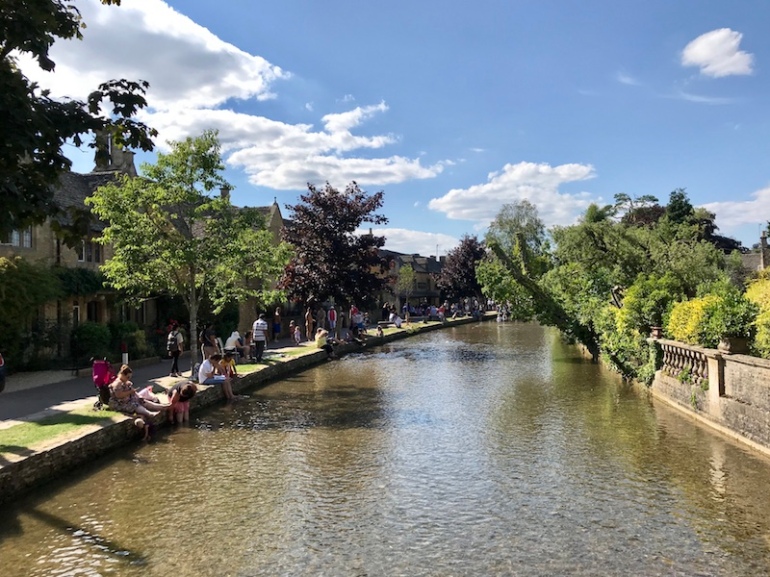 Our lodging choice couldn’t have been more perfect – we stayed in a family suite at The Broadlands Guest House. The innkeeper, Marco, was brilliant and really helped make our stay wonderful. He came outside and greeted us upon our arrival and excitedly informed us that Clay was the first Clay he had ever met in person. Quite the honor for my husband. 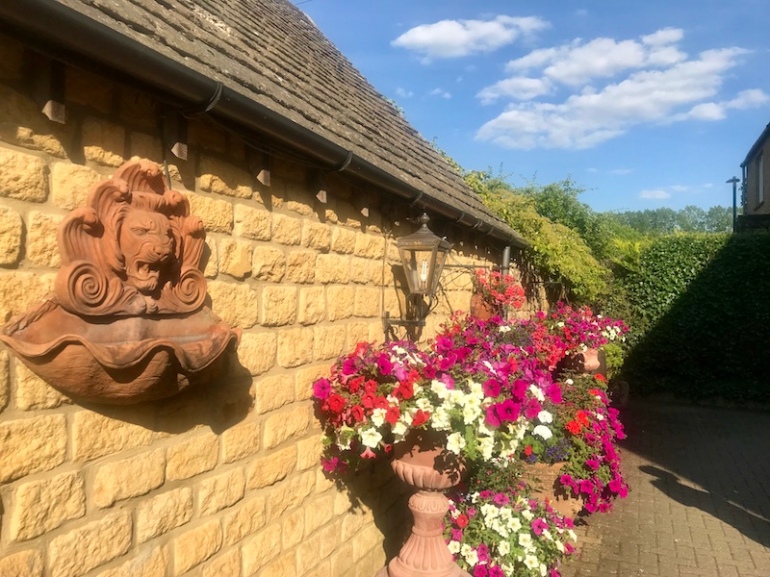 We relaxed for a little while in our room but didn’t allow ourselves to fall asleep. By late afternoon, we walked down to a pub for an early dinner and we were in bed by 7:30pm. And by 1:30am, we were all wide awake watching British TV in the same bed and eating the shortbread I randomly picked up at a service station earlier that day. It was one of those silly little family vacation moments that I don’t think any of us will soon forget. 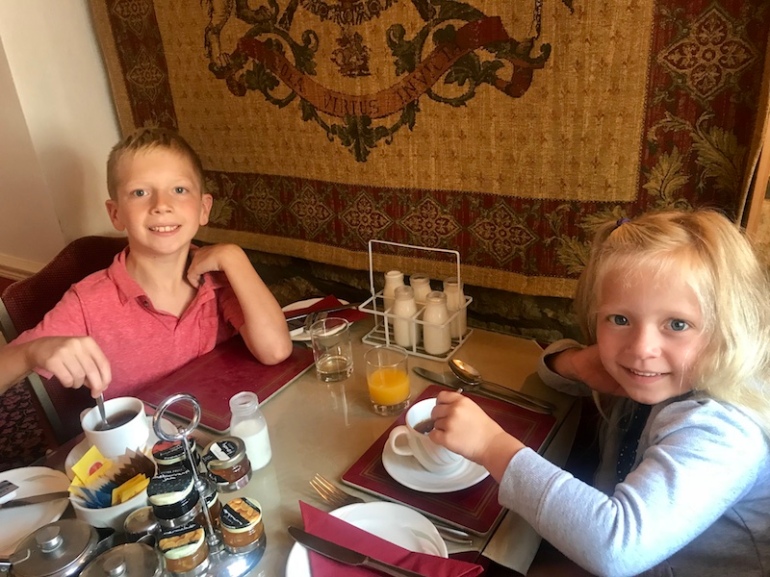 We were served breakfast (cooked by Marco!) each morning of our stay and we were able to walk everywhere we wanted to go in Bourton-on-the-Water from The Broadlands Guest House. We throughly enjoyed exploring the quintessential countryside village – we really lucked out with our choice and it served as a great jumping off point for taking little day trips. 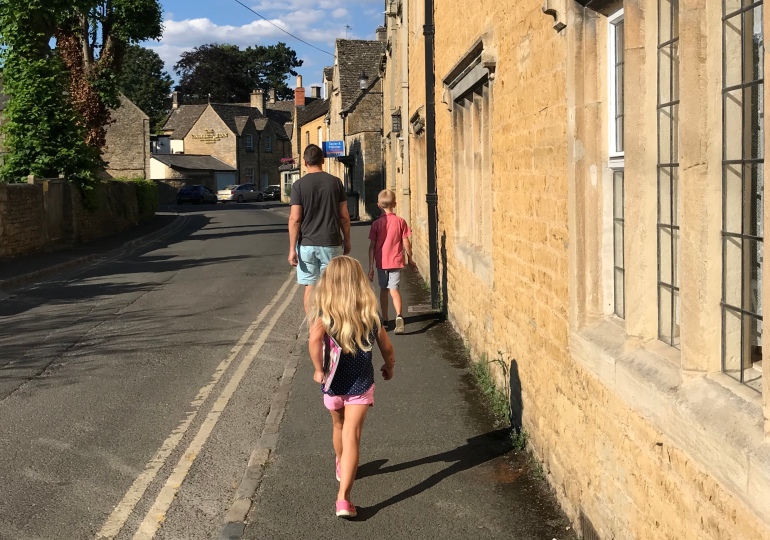 We knew that we wanted to see a castle during our time in The Cotswolds and we weren’t let down by Berkeley Castle outside of Gloucestershire. It was only about a 45 minute drive from Bourton-on-the-Water and was the perfect way to spend our first full day in the English countryside. 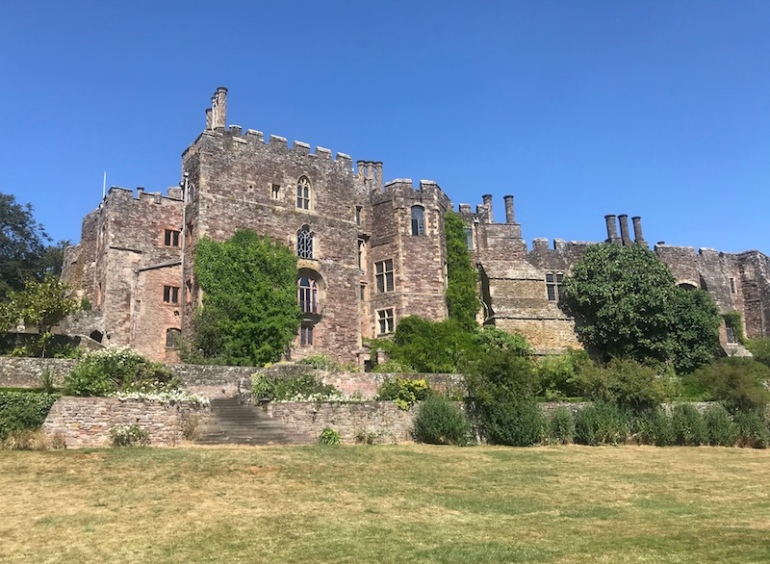 We spent hours touring Berkeley Castle and wandering the grounds. We were able to look down into a dungeon, walk around the underground tap room, and see the prison cell where Edward II was held and eventually murdered. 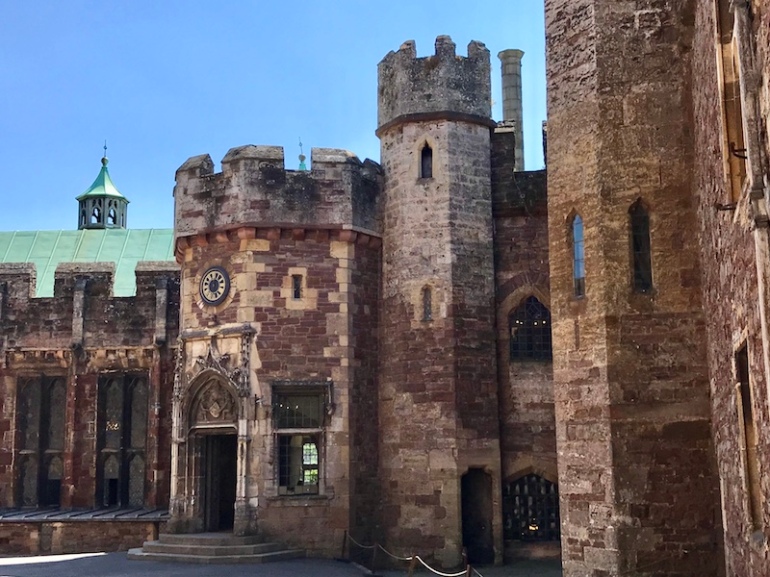 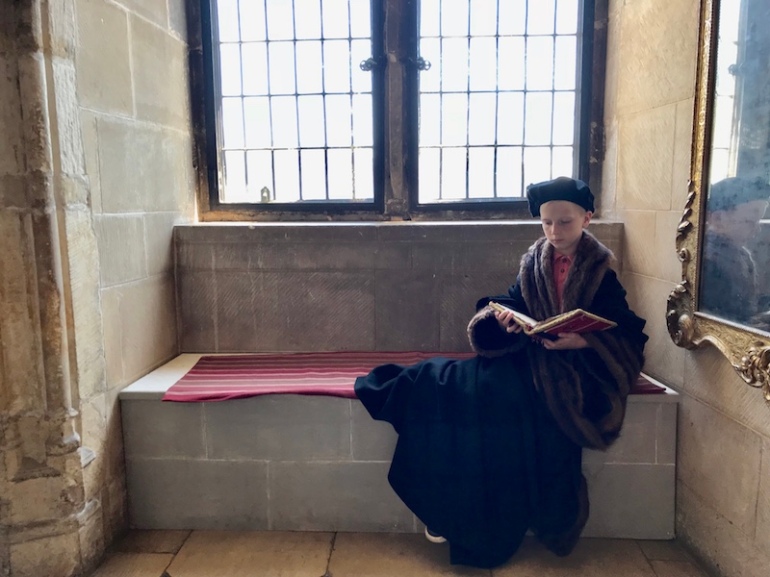 The little guy even became a man for all seasons. 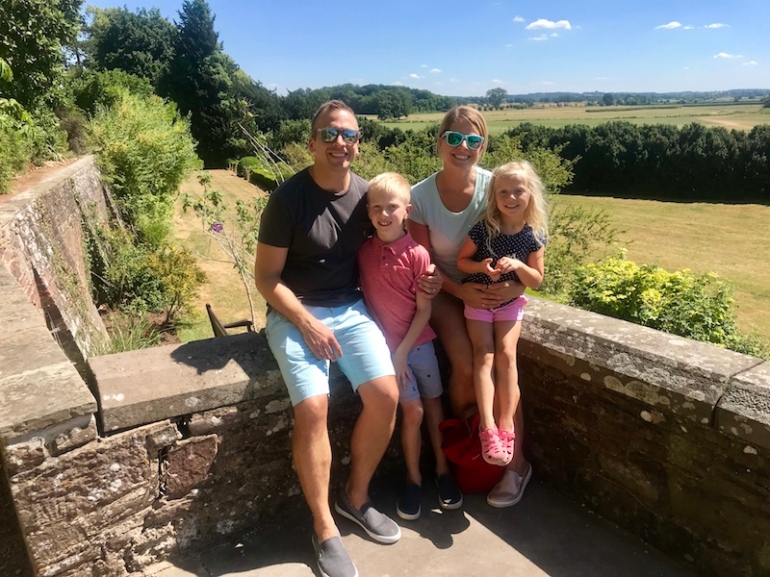 We ate a late lunch on the property in a yurt and by the time we left the castle at 3:00pm, we were ready to head back to Bourton-on-the-Water and relax with a leisurely dinner and stroll through town. 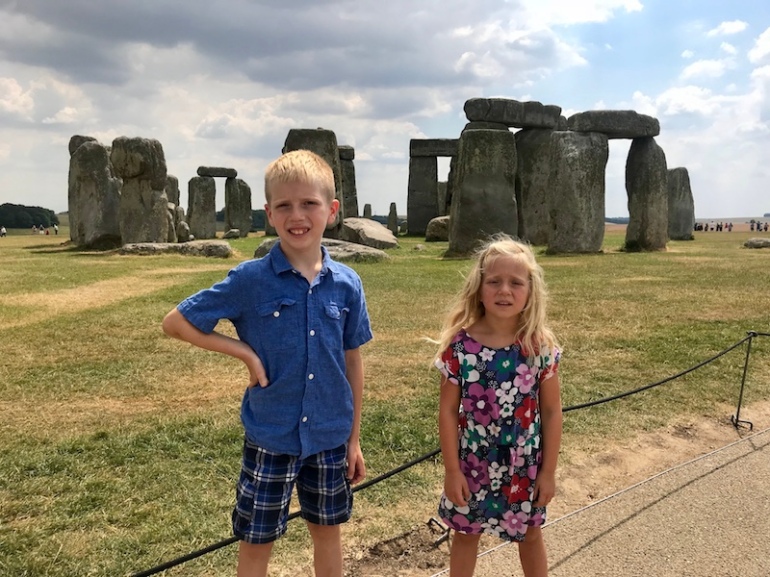 The next day, we tackled Stonehenge. We ate breakfast at our inn and then drove two hours south to the prehistoric monument in Wiltshire. The drive wasn’t fun – it required a lot of concentration on Clay’s part (tons of super windy streets wide enough for only one car) and since I was on GPS and hedge-duty, we were unable to entertain the kids with our dazzling personalities and jokes. We drove through some spectacularly quaint villages but we didn’t really get to enjoy the scenery because it felt like we were sternly telling our little adventure-mates to be quiet and stop fighting the entire drive down. When we arrived, we chose to walk about a mile to the infamous sight, rather than take the shuttle, in effort to burn some of their energy. It was just one of the many mistakes made during our trip to Stonehenge. As evident by the picture above, the kids weren’t terribly impressed and we could hear them muttering “We spent two hours in the car to see rocks?” 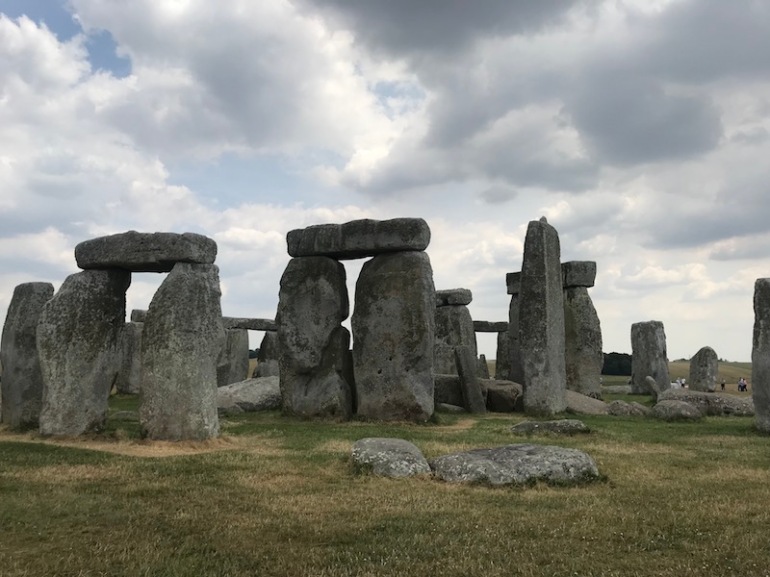 We were determined to maximize our time and get our money’s worth – we spent about three hours exploring the English Heritage site. If it were just Clay and I, we would have hiked all over the ancient landscape and wandered about the ancient burial mounds. But because we were traveling with kids, we adjusted our goals. The kids endured our time there and enjoyed touring the ancient dwelling replicas on display near the museum – we even caught them smiling a handful of times. 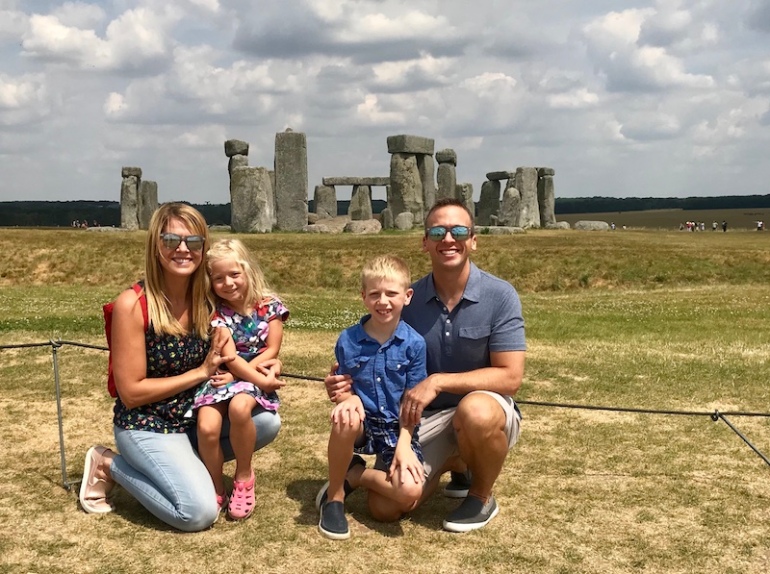 And we got our token family shot so as far as anyone knows, we had a fabulous time at Stonehenge. Clay and I often diffuse situations with humor so when we realized that our trip to the infamous stone circle was a bit of a bust, we used it as an opportunity to make the kids laugh and salvage what we could of the day. And as a silver-lining, we now have a excellent bargaining chip when it comes to getting the kids to turn their behavior around – we threaten to take them back to Stonehenge if they don’t shape up. It totally works! 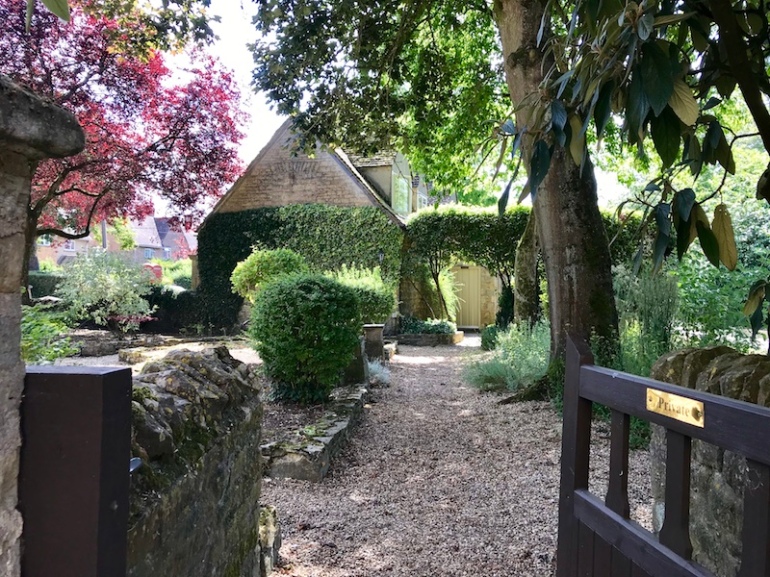 Upon our return to Bourton-on-the-Water, we ate fish and chips at a pub, had post-dinner drinks along the river as the kids splashed in the water, and walked the quiet streets back to the inn. And we marveled at how everything was a little bit smaller, quite a bit older, and slower-paced than we’re used to back home. 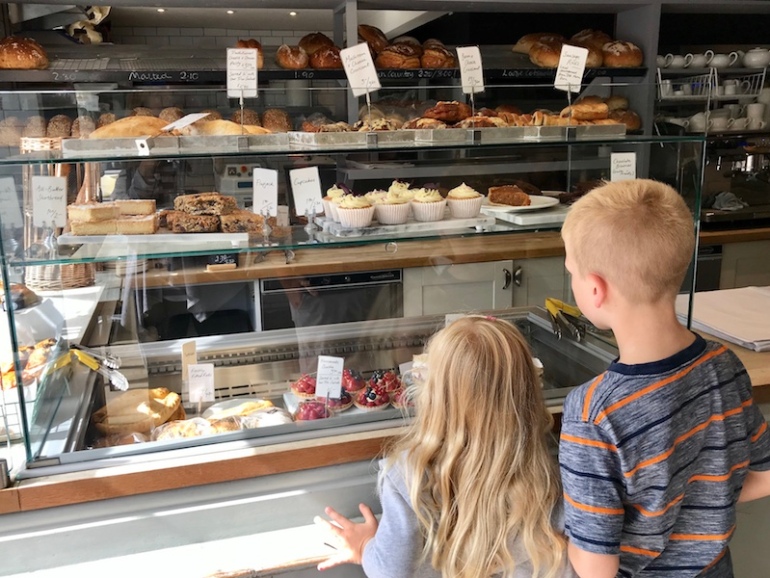 The next morning, we returned our room key to Marco and gave him a big hug. He made our stay in The Cotswolds just that much better and we couldn’t have asked for a better host. After breakfast, we walked around Bourton-on-the-Water for the last time and stopped in a bakery for a post-breakfast snack and Americano before heading to London. 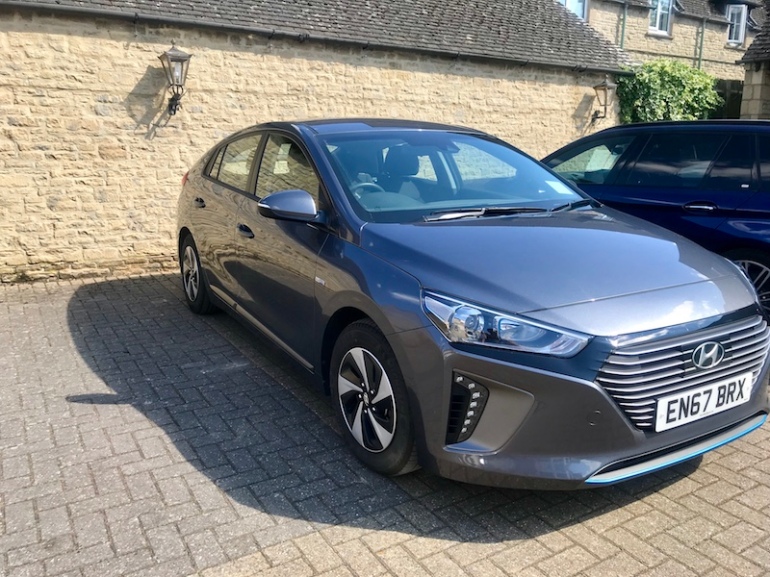 Then we hopped into our rental car one last time and turned onto a little village road. Next stop – London! 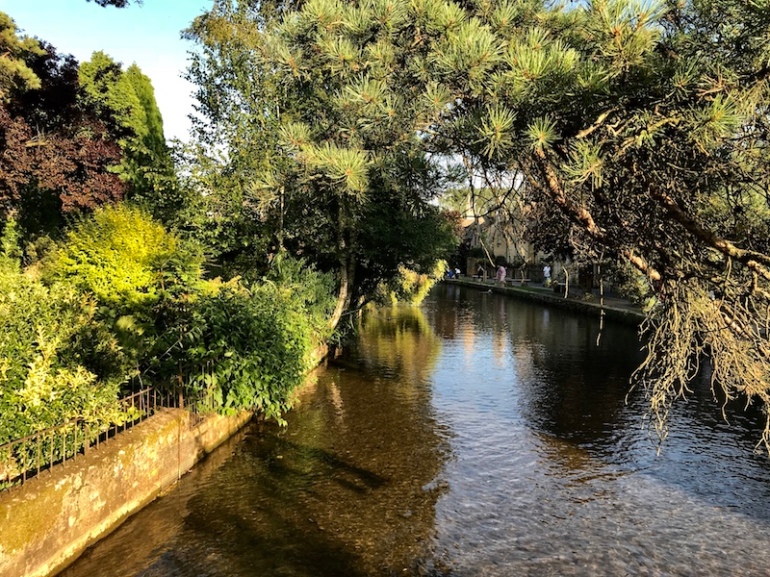 As a closing note – I am so glad that we incorporated the English countryside into our vacation before heading to London and Paris. If you should find yourself wanting to visit England, don’t bypass The Cotswolds. And you can’t go wrong with a stay in Bourton-on-the-Water at The Broadlands Guest House. Just be sure to tell Marco that Clay and Karen sent you his way. 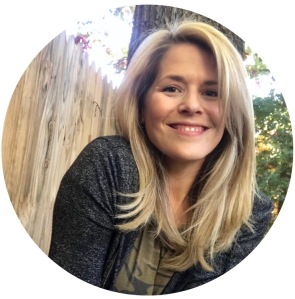